Barrister Andrew Okechukwu is of Nigerian origin, a lawyer and settled in United Kingdom .He is particularly active in social welfare, economy, international development and ethnic minority issues.

Okechukwu has served as a strong member  of Anioma in Diaspora in Europe (NIDO Europe), and has been active in consultancy and advocacy in the field of socio-economic development for Nigeria  and consistent social and political commentator . Below is the excerpt of that interview with Grassroots Publishers online team via zoom link.:

I am Barrister Andrew Odiakaosa Okechukwu, a lawyer and a businessman based in United Kingdom, an Immigration Consultant in London. I own  legal chamber in Abuja and have a legal partner in London and a true son of Anioma in Delta State, Nigeria and also a British citizen.

Sir, as a true son of Anioma ,How can you assess the development of our constituency since 1999 till date? .

Well since 1999 , Anioma nation have not had it good until our son Sen. Ifeanyi Okowa became the first Anioma Governor of Delta State. You know all along that the past governors of Delta State were not Anioma sons and they were not interested in developing Anioma mostly the capital Territory  Asaba, Our side (Anioma) have suffered alot of negligence before Gov. Okowa came on board. we must give kudos to Sen. Ifeanyi Okowa because since he assumes office as the executive governor of Delta State he has delivered the dividend of democracy to the people mostly Anioma .Gov. Okowa six years in Office cannot be compared to the full sixteen years spent by Chief James Ibori and Dr Emma Uduaghan as governors of Delta State.

Sen. Okowa has proved to Deltans that he is a good administrator and fund manager with his smart agenda ,even if we all know that he failed as a senator for four years but he has redeemed his image as governor for six years now, because he has transformed Delta as other progressive states in Nigeria. Had it been that our constitution allows third tenure for governors , Deltas will force Gov. Okowa to continue governing the state, because he is the best  material so far in Delta State. when Sen. Okowa was running for senate seat in 2011 , I was among the Aniomas who kicked against him likewise Sen. Osakwe,  I  know both were not good materials to represent Anioma nation at the senate.

Every Nigerian knows that the senate chambers is not a jamboree for gentlemen and that was the reason they could not attract any meaningful projects  to Anioma nation during their time ,even when the two of them were members of NDDC .  Sen. Osakwe was ones occupying the position of Senate Committee Chairman on NDDC  the same position Senator Peter Nwaoboshi who is performing beyond our expectation with projects is occupying now, infact two past senators failed Anioma people .

Sir, Can you assess the present representatives of Anioma nation at the Senate and House of Reps.,?

We all know only one popular representative in person of Senator Peter Nwaoboshi because others in the House of Representative are representing us through newspapers, facebook and other social media propaganda. Senator Nwaoboshi is a true son of Anioma nation , a go-getter, a man who makes impossible things to be possible politically. I remember when I met him at the Nnamdi Azikwe International airport Abuja on my way back to London Six years ago , we greeted and he told me that he was running for senate to represent Anioma and recover our lost glory and to give Anioma people a loud voice at the upper chambers because for sixteen (16) years of Senator Osakwe and Senator Okowa represented Anioma nation at the upper chamber  ,the  two past senators were unable to attract projects  to Anioma nation coupled with the fact that when this two senators were there as PDP senators , PDP was the ruling party at the Federal level yet they could not attracts project to our people, this is because the  senate floor is a case of survival of the fittest where power and influence rules .

It is very obvious that Senator Nwaoboshi has fulfilled what he promised me and others that he is going to senate to attract uncountable projects to people of Anioma and not want to be a yes member. it is very clear now to every Anioma person that senator Peter Nwaoboshi has attracted various NDDC projects to the nine local government that made up Anioma in just six years and he is doing more .

Sir, Are you telling us that Senator Peter Nwaoboshi is the best Representative (Senator) ever produced by Anioma nation?

Remember I told you earlier that Sen. Okowa is a good fund manager and administrator in the executive arm of government but when him and Sen. Osakwe represented us at the senate it was very clear that both of them were not good representative for sixteen years, but within a period of six(6) years at the senate , Senator Peter Nwaoboshi  “CAME, SAW AND CONQURED” at the upper chamber. He is the best representative Anioma nation can boost of now because he is incomparable. I am very glad that  Nigerian Constitution permits law makers to serve as many tenures as possible. Anioma people are lucky to have a vibrant, strong and very influential personality in the person of Senator Peter Nwaoboshi who will represent us for many years like the way it is been practice in United Kingdom and USA, As we cannot change an influential personality because of politics.

Sir, at this juncture what is your advice to Anioma people come 2023?

What kind of advice are you talking about, do we change a winning team in a football match? Anioma already is blessed with a very bold, vibrant and influential representative and a political colossus .I want  you to know that we are not in the era of testing  personalities or gambling, we already have a tested and trusted senator, so we will not give any room again to  someone who has failed before as a senator or who want to test his or her capability AGAIN.

Sir, what if the Present Governor decides to run for Senate just like the way Gov. Emma Uduaghan test run the senate water against Senator James manager in 2019 election?

I laugh,,, because Gov. Okowa has been to the senate for four years before and i believe he knows why he did not complete his eight years tenure like Sen. Osakwe rather he opted for governorship position in 2015. He knows that senate floor is not a jamboree for gentlemen, good administrators and fund managers, rather the senate  is a floor of many characters, rugged men , smart men , influential , Go-Getters .  Anioma people know who is the best candidate to represent them at the upper chambers because their various score cards at the senate are there for every Anioma people to score them and know who’s the best  for them. Gov. Okowa will not like to experience what Gov. Emma Uduaghan experienced at the poll come 2023, because the standard Senator Nwaoboshi kept  at the senate is world class and nobody can beat the reach for now.

Sir, what if Senator Nwaoboshi refuses to continue in 2023?

He cannot, because we the Anioma in Diaspora will soon open communication with him and our agenda is to appeal to him to continue representing us, but if he refuses the Aniomas in Diaspora will lead the protest openly down to Nigeria to appeal to him to continue representing  us. At this juncture Anioma people cannot afford lose his service and voice at the senate at this critical time that every constituencies wants to send in their best. Anioma people have no replacement for now. Thanks sir 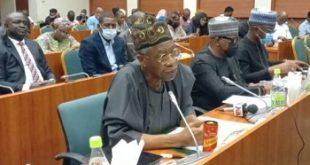 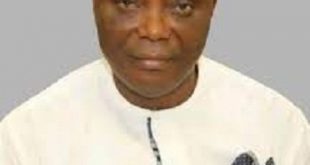 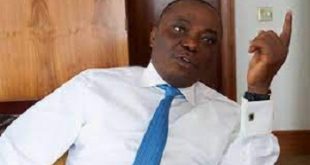 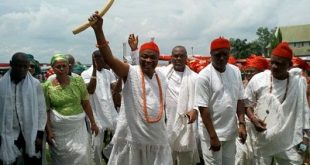 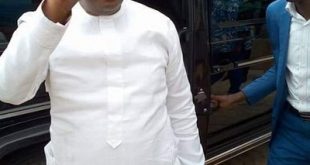 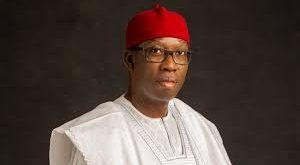 Gov. Okowa’s Last Leg And His Love/Hate For Ndokwa